Ahead of the World Premiere of Burning Doors by Belarus Free Theatre, we are excited to announce the line up for the post show discussions from 23 - 27 August at Curve, Leicester.

The post show discussions will be your unique chance to discuss, exchange and question the methodologies of the underground troupe - at the forefront of contemporary theatre. Find out more about their motivation, intention and fore-thinking. How does Burning Doors continue their campaign to prove, once again, that theatre is a revolutionary art.

"What are the issues of tomorrow that theatre can address today?"

Theatre responding to the refugee crisis

Join us as we discuss the play and hear from theatre-makers and asylum-seekers from Leicester City of Sanctuary about the possibilities and challenges of theatre as a space for expression and encounter, both locally in Leicester and in Calais.

Co-founding Artistic Director of Good Chance Theatre, together with Joe Murphy. The Joes went to the ‘Jungle' refugee camp in Calais to write about what they saw, but quickly decided instead to create a temporary theatre of hope. Good Chance Calais was unprecedented: a vital and much-loved space for freedom of expression, creativity and dignity, open for all, created for and with the people living in the camp.

Artistic Director Scuffle Box. Scuffle Box theatre was founded in 2013 by students from De Montfort University. Known for their tongue in cheek performances of the classics, they are now working with participants in the Leicester City of Sanctuary to create new work reflecting the experiences of refugees and asylum seekers.

Performer, puppeteer, workshop leader with Enter Eden, a theatre troupe that tells stories of the human experience, philosophy and fantasy through circus, puppetry and visual theatrics.

As asylum seekers have very little control over their whereabouts, we will confirm the names of panelists from Leicester City of Sanctuary nearer the time.

Head of campaigns and events at Belarus Free Theatre and associate arts producer with Index on Censorship and Vivarta. Julia works predominantly at the crossover between artistic expression and human rights.

Join us as we discuss the play and hear from artists, campaigners and activists working locally in Leicester about their work in using different tactics and approaches to tackle injustice, prejudice and corporate power.

Ambrose Musiyiwa is a journalist and freelance writer based in Leicester and author of Diary of An Asylum Seeker. He facilitates Civic Leicester, a community media channel covering events which don’t normally make it into the news.

Activist in LE Solidarity supporting refugees. Currently involved in aid work in the Dunkirk refugee camp. She is also a frackivist with the Frack Free Leicestershire group.

Works between the UK and India as a photographer and filmmaker and is Leverhulme Artist in Residence at the University of Leicester. Since 2006, she has documented the British South Asian experience, particularly working with women.

Lecturer in media and communication with the University of Leicester. Her specialist research broadly falls into three strands: Europe, protest movements, and the public sphere.

A question and answer session with members of the Belarus Free Theatre company that works underground in Minsk, the capital of Belarus, and Pussy Riot’s Maria Alyokhina who joins the company for her theatrical debut.

An old friend and champion of Belarus Free Theatre, a great supporter and advocate of their work. He has traveled to Minsk to run workshops with the company and to teach students at BFT’s Fortinbras studio. Michael and BFT’s co-founding Artistic Director, Natalia Kaliada, will discuss their vision for the role of theatre in bringing about a more just world, in the context of contemporary politics.

Michael Attenborough, CBE, is a theatre director and most recently artistic director of the Almeida Theatre in London. He is patron of the Attenborough Arts Centre in Leicester and a trustee of Belarus Free Theatre.

Co-founder and co-artistic director of Belarus Free Theatre with her husband Nicolai Khalezin who are political refugees in the UK. She campaigns for freedom of expression and justice for Belarus and internationally, wherever human rights are violated. 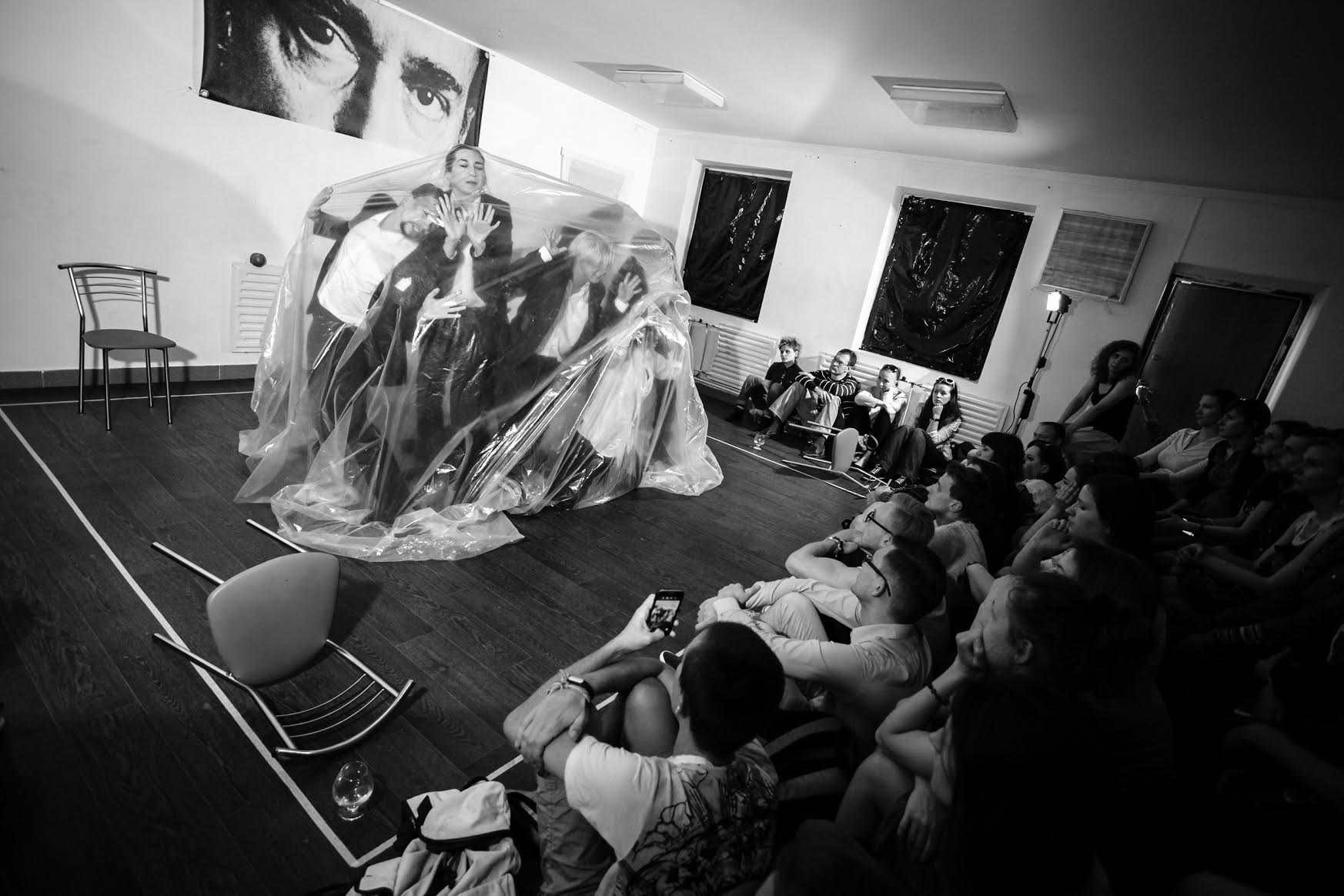 Nuturing Digital Connectivity and Creativity with our ROOTS Groups